Not everyone has the budget to spend a lot on headphones, but that doesn’t mean you have to skip out on quality cans. There are plenty of headphones that produce great sound, don’t break easily and, most importantly, don’t break the bank. These headphones are typically obscured by bigger brand headphones that invest more heavily in marketing than developing or improving the actual headphones.

In this post, we’ll cover some options for some of the best wireless headphones while staying under 0.

Audio Quality – Audio quality always comes first. These headphones have been tested for their balance, soundstage, clarity, and volume.

Build Quality – Equally important is how a pair of headphones are built. We only recommend products that we don’t think will break a week after you purchase them.

Plantronics never became a mainstream name, but they have been making audio equipment for over 50 years. Their wireless Bluetooth headphones, the Plantronics BackBeat Fit, have a band that wraps around the neck, and it’s coated with P2i, which helps repel sweat and water. Plantronics promises 8 hours of battery life but that charge can be extended by a cool DeepSleep power-saving feature which activates when they’re far from your phone.

The Backbeat Fit doesn’t go all the way in your ears, but Plantronics say they intended that so you can be aware of your surroundings. This, coupled with the solid band, make for a slightly loose fit. They also feel lighter than Plantronics’ previous headphones, but the band moves noticeably when you’re running. This may be a preference, but we weren’t a fan of the band.

While the Plantronics won’t rival any of the higher-end headphones anytime soon, they can still deliver a clear and balanced sound, even hitting some low bass notes. Again this issue isn’t sound quality, but sound isolation. If you prefer a totally isolated signal, you may want to choose a better fitting earbud.

The Plantronics Backbeat Fit Bluetooth Headphones may not be the greatest set, but for less than $100, you’re getting a lot of functionality and features. These headphones are great for exercising because of the material and design, but ultimately not everyone will enjoy the rigid structure.

Skullcandy can get mixed opinions on their headphones, but the consensus on Amazon for the Skullcandy Grind Bluetooth Wireless On-Ear Headphones is overwhelmingly positive (4.5 stars based on 238 customer reviews). The band wraps around the head like more traditional headphones, only wireless. However, it does come with a backup aux cord with a microphone and remote.

The headphones come in various colorways, usually with a soft matte finish on the cups. The headband sliders are made of metal. There’s also a mic with a button on the left earcup, though it can take some fiddling to reach. Aside from that, the Skullcandy Grind is super comfortable, light to carry, and just feels good on your ears.

So what about the sound? The Skullcandy Grind packs 40mm custom REX40TM drivers, which delivers balanced mids and highs, and a bass that booms pretty loud for a budget pair of headphones. At loud levels, expect a little noise leakage, but nothing that’s out of the ordinary for most Skullcandy headphones.

If you want a cheap and sleek pair of traditional looking headphones, buy the Skullcandy Grind. The design is minimalist yet functional and the sound is superb for its price. This is a great deal worth looking into.

With the BOHM Wireless Bluetooth Headphones, BOHM tries to position itself as one of the sleeker, more high-end headphone brands compared to Skullcandy. The design features a similar band over-the-head, with earcups made of aluminum and protein leather earcups and headband.

It feels light, but unlike some of the cheap headphones, feel sturdy and solid. The headphones never felt tight, and after a few hours, I barely felt any discomfort. They also come with a handy zippered case with space for a Micro USB charging cable. The protein leather not only felt soft but isolated sound really well.

In the audio department, these headphones blow a lot of the competition out of the water. The BOHM Wireless Headphones have a tremendous soundstage, and it feels like I could pick out every instrument and where they were standing in the recording studio. The treble was very clear and crisp, which brought out a lot of the EDM and Classical songs we tested, and the bass felt stronger than we expected. This combination was great for a lot of hip-hop and rap songs, such as Free Lunch by Isaiah Rashad or HiiiPower by Kendrick Lamar.

The noise cancellation is a great feature for commuters that deal with train noises, highway traffic, or airplane engines. It does a great job of blocking out ambient sound, but it comes at a cost. To compensate for the isolation, the actual audio signal sounds flatter and less vibrant.

The BOHM Wireless Headphones are perfect if you’re looking for a wireless headphone that gives off a slightly more minimalist, modern, and luxurious feeling.

There’s a reason Sony makes it on a lot of lists, and a lot of our lists: great builds, modern-looking designs, and reliably impressive audio. The Sony MDR-XB650BT/B Extra Bass Wireless Headphones are one of Sony’s best wireless headphones.

The headphones come in red, black, and blue. The build itself is generic plastic connected by a metal band. The cushions feel soft and isolate sound effectively. Not only are they lightweight, but they feel convenient to wear around your head because of the folding earcups and the light pressure applied.

If you didn’t get it from the name, weâ€™ll say it here: these headphones are very bass-heavy. Even with the mids and highs clearly present and distortion-free, the bass really comes out during the lowest frequencies, so trap beats by Metro Boomin and 21 Savage would sound more pronounced.

The Sony MDR-XB650BT/B Extra Bass know their audience is for bass heads who want a wireless option. That’s what these headphones deliver. For such a cheap pair, Sony delivers on all the areas that count. Just remember that you’ll get some bass-heavy sound.

Finally, we have the Jabra Move Wireless Stereo Headset. The Move Wireless has an over the headband and a minimalist design similar to the Skullcandy pair, although with slightly better feeling materials. The mesh fabric wrapped around the headband feels soft but it’s also dirt-resistant and airy, which makes it pretty useful in exercise sessions. It doesn’t really fold or collapse that much, so it isn’t as portable as the Sony pair of headphones. But above all, they are comfortable and lightweight.

The Jabra Move Wireless delivers some loud and powerful sound too. The bass feels deep and kicks sound a little more noticeable. Even phone calls seemed clear. It may not have the same level of noise isolation as the other headphones, but it doesn’t give away any ground in the sound quality.

Wireless headphones offer you convenience and flexibility, but it’s even better when they’re in an affordable price range without sacrificing audio quality. Many of the headphones here are built with long-lasting, durable materials and deliver sound quality that rivals headphones in the $200+ range. You’re getting a lot of value from these choices.

If I had to choose, I would pick the BOHM Wireless Bluetooth Headphones because of how minimalist, rugged, and cheap they are, all while packing amazing audio. But with so many great competitors all offering great sound for low prices, whichever one you get will be something worth appreciating and using every day. 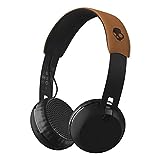 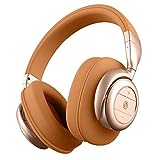 How to Bass Boost Headphones?

© 2020 Wireless Headphones Guru. All Rights Reserved.
wirelessheadphones.guru is a participant in the Amazon Services LLC Associates Program, an affiliate advertising program designed to provide a means for sites to earn advertising fees by advertising and linking to amazon.com.
MORE STORIES

10 Of The Best Earbuds With A Mic