Today we are back here with an exciting headphone, or should we say headphones, from Sony and we will try to find out which one is better. We are talking about the Sony WH-1000XM2 and its upgraded version Sony WH-1000XM3, which Sony claims to have better sound clarity and improved ANC.

We ran numerous tests, keeping both the Sony headphones in parallel use, and below are our finding with respect to the different aspects and design functionalities of these two headphones. 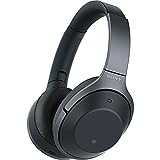 Sony provides the same content for both the headphones. You will find in the box are a TRS audio cable, microUSB charger cable for XM2, type C charger for XM3, airline adapter, manual and a carrying case apart from the headphone. The case of XM3 has a fabric finish as compared to its predecessor that had a pleather finish.

The XM3 is a bit better than the XM2. The XM3 has a different look and feel, in comparison to the XM2, with a thinner two-tone headband, signature oval earcups, has lower profile that will fit most ears, are a little lighter and has cool accents around the vents. They are lighter than the XM2 by about 20g so not much but the better, low-profile headband makes them feel less bulky and cumbersome once on your head. The hinges are similar in design for both the headsets, which seems durable enough. The XM3 headband has a pleather cover finish as compared to the metallic finish of XM2.

Comfort
As for comfort here the XM3 have the upper hand. The XM3 have thicker and better pads than the XM2, which makes them one of the more comfortable wireless over-ears we have tested. This gives them a better fit around most ears and you should be able to wear them for longer than the XM2 without feeling any fatigue or soreness.

The XM3 feel a tad more responsive to the swipe gestures and the auditory beeps for feedback are a little quieter so they do not interrupt your listening experience as much as the XM2 when turning up the volume or changing tracks.

The controls remains the same – On the right ear cup, the swiping up and down controls volume  to the left and right swipes rewinds and skips tracks respectively and double tapping pause and resume tracks and also manages phone calls. On the left ear cup, you have the rest of the button layout. The XM3’s button have been slightly redesigned to be a bit more tactile and easy to differentiate by feel alone with raised buttons and the ambient key is a bit longer than the power/pairing unlike on the XM2. The ambient mode button works the same way on both headphones, but you can switch it to trigger Google assistant via the Sony headphone connect app on the XM3.

In addition, the unique cover to mute gesture on the XM3 is slightly different. Instead of covering the whole ear cup like the XM2, you just have to cover the touch control with an open palm. It’s fairly easy to get used to but coming from the XM2 you may have to readjust since covering the with your hand will not work unless your palm is completely in contact with the touch controls. So overall design wise the XM3 are an improvement over the XM2.

The XM2’s sound quality is a bit more balanced and neutral in the bass range, but if you like heavy bass, you may prefer the XM3. In the mid-range, the XM3 performs noticeably better and has a virtually perfect response. The XM2 on the other hand has a dip, which will have a small negative effect on the balance of vocals and lead instruments. The treble performance of these two headphones is quite similar but the XM2 is little bit more neutral, but the difference is quite subtle.Both of these headphones come with an app that has an EQ and you should be able to adjust their sound profile as per your preference.

These are basically the best over-ear Active noise cancelling headphones we have measured so far and we are impressed by it in whatsoever way. They perform excellently in the bass, mid, and treble ranges, so they are great for reducing the low background noise of airplane and bus engines, cancelling the chatter of an office, and blocking the sound of air conditioning systems.

In our experience, it seemed that the ANC system of the XM3 is nearly identical to the XM2’s, but they tend to perform better and more consistently probably because of their improved headband and earpads.

In terms of leakage, the XM3 is a noticeable improvement over the XM2, again, probably because of their improved headband and earpads.  With the XM3, you won’t need to worry about disturbing the people around you as long as you don’t blast your music and are not in a very quiet environment like a library.

The two Sony headphones have little latency. As for their wireless range, the XM3 do a little better than the Xm2 and has a 53 ft. distance when obstructed by walls and about 185 ft. in direct line sight. In comparison, the XM2 reached 45 ft. and about 172 in direct line of sight.

Battery
For their battery performance, the XM3 lasted about 27 hours on a single charge with background noise cancelling enabled and at average volumes and the XM2  lasted 28 so a bit longer but both headphones are advertise to have 30 hour of battery life which is within the ball park of the results we got. On the upside, when it comes to charge time the XM3 reached a full charge in about 2.1 hours compared to 3.6  of the XM2. The quick charge feature gives above 5 hours of playtime from a 10-15 min. charge.

We have prepared a chart with difference for easy comparisons below:

Checkout my article on Sony vs Bose wireless headphones here.

About the Author / Fadiyah Sameh

Tech savvy, Passionate Researcher and Writer. You can ask me any Question related to my articles.

Are Wireless Headphones safe for your Health?

When was the Last Time you Cleaned Your Headphones? 101 Guide for headphones cleanness

5 of the Best Wireless Gaming Headphones

5 Around the Neck Headphones you Should Try

10 of the Best Earbuds with a Mic

A Review of the 7 iPhone X Wireless Headphones

When was the Last Time yo...

Sit back for a moment and think about the last time you took a second to clean your wireless headphones properly. Can you remember doing it? If you did it, was the right cleaners used? Cleaning your headphones is essential

Sometimes we like to treat ourselves. We do that by spending a little extra money and getting something we really want and potentially need. A great thing to spend a little extra cash on is wireless headphones. These headphones might

For some, a gaming headset is essential for the best gaming experience. You want to make sure your choice of wireless headphones is reliable and worth the price you're paying for them. A wireless gaming headset will only help enhance